Book Meg Whitman for Your Next Event

Meg Whitman is an American business executive. Meg is currently the President and Chief Executive Officer of Hewlett Packard Enterprise as well as the Chairwoman of HP Inc. Meg served as an executive in The Walt Disney Company where she was Vice President of Strategic Planning and as an executive for DreamWorks Procter & Gamble and Hasbro. Meg served as President and Chief Executive Officer of eBay from 1998 to 2008. During her 10 years with the company she oversaw its expansion from 30 employees and $4 million in annual revenue to more than 15000 employees and $8 billion in annual revenue. In 2014 Meg was named 20th in Forbes List of the 100 Most Powerful Women in the World and she was cited by The New York Times as among the women most likely to become the first female President of the United States. In 2009 Meg announced her candidacy for Governor of California becoming the third woman in a 20-year period to run for the office and won the Republican primary in June 2010. The fourth wealthiest woman in the state of California with a net worth of $1.3 billion in 2010 she spent more of her own money on the race than any other political candidate spent on a single election in American history spending $144 million total of her own fortune and $178.5 million including donors. Meg was defeated by Jerry Brown in the 2010 California gubernatorial election.

Disclaimer: Technology Speakers assists companies seeking to hire talent like Meg Whitman for speaking engagements, appearances, product endorsements, and business sanctions. Our speakers bureau does not claim to exclusively represent Meg Whitman. Our booking agency can help with finding Technology Speakers that aligns with your upcoming events date, location, and budget. When an organization request booking details for a celebrity like Meg Whitman, we work closely with the client to make sure the proposed dates does not interfere with the requested Technology Speakers schedule. We then confirm the talent fee based on the details of the request. The fees listed on the speaker profile are rough estimates based on the previous market rate for the talent. Our team then works with Meg Whitman's agent, manager or assistant on the booking request. For parties interested in hiring Meg Whitman, we recommend filling out the booking request form so our booking agents can help with making your next event a success.

Interested in booking Meg Whitman for a virtual meeting?


Technology Speakers is a leader when it comes to booking virtual events in the tech world. Since 1999, we have built close relationships with top technology speakers, cyber securtiy people, venture capitalist and internet speakers. We assist all types of companies as well as event planners with booking speakers like Meg Whitman for these virtual engagements. Companies continue to turn to Technology Speakers to get Meg Whitman’s latest virtual speaking fee, appearance cost and schedule availability. 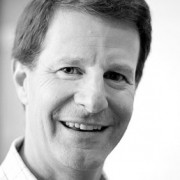 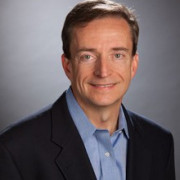 Marsha Collier Author And Trainer On How To Make Money Online 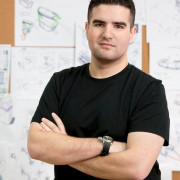